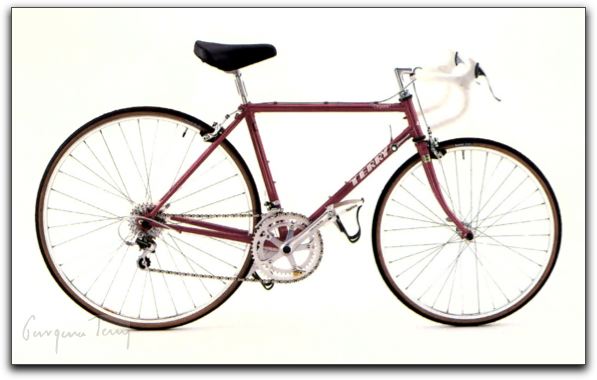 Published on August 29, 2012on Technical

Does a Small Front Wheel on a Bicycle Make You a Slow Rider?

One question I commonly hear is “Will I go slower on a bike with a small front wheel?”

The quick answer is “no”. Suppose we have two identical bikes, one with a 24″ front wheel and a 700c rear wheel and one with 700c wheels front and rear. If the gearing on the two bikes is the same, then one turn of the pedals will turn the rear wheel on both bikes the same amount and the two bikes will travel at the same speed.

It is true that smaller wheels have more rolling resistance because when the tire deforms under the weight of the rider, more of a small tire’s circumference will deform than that of a larger tire. But this resistance is tiny and not significant. A smaller wheel rotates more rapidly than a larger wheel, but it weighs less, so maintaining its momentum really isn’t an issue either.

So, if you ride a bike with a small front wheel and you feel slow compared to your friends, consider some other reasons why that might be the case. Perhaps they’re stronger than you are — not unlikely when comparing a man to a woman. Perhaps your bike doesn’t fit properly. Or maybe their bikes are substantially lighter than yours; this is more likely to have an effect during rides in hilly rather than flat areas. And then there’s always the psychological side: if you think you’re fast, you are!